One of the contemporary world’s most well-known musicians is Yo-yo Ma, the superstar cellist. A profoundly influential project of his has been the creation of the Silkroad Ensemble, a collective of composers and musicians from over 20 countries.

Their mission is to celebrate the diversity and beauty of converging instruments and cultures in a dynamic and vibrant creation of new music.

Yo-yo Ma describes this work as the edge effect, where new life forms are most readily created. The point where two ecosystems meet, such as forest and savannah, is the point where new life-forms are most abundant. Similarly, allowing diverse musical forms to interact at a point of collaboration, new music, which is at once striking and exhilarating, is given room to be created.

A powerful application of this edge effect can exist in any human interaction, and, in particular, in the clinician-patient consultation.

The traditional, and outdated, model is of a powerful, more knowledgeable doctor assessing a patient’s disease, determining a treatment, and instructing the patient to adhere to that treatment. The more contemporary, and, as I argue in my paper, Wellness and Well-Being: better understanding of patient priorities in primary care, progressive model sees an engagement in a collaborative and high emotional-quotient style of consultation. This gives room and value to perspectives of both the patient and the doctor in agreeing to a wellness outcome.

I believe this demonstrates the power of the edge effect. At the intersection of the health and disease understandings and beliefs of both doctor and patient lies the fertile ground for ‘new life’. This new life is likely to be a point of agreement and commitment on viewing, investigating and treating a disease or wellness issue where the outcomes are acceptable to all. Without this approach, often there is a dysfunctional and disengaged outcome which leads to poorer health and well-being.

Two examples of this come from my recent consultations. One is of a 64 year old man with high blood pressure which needed treatment. He revealed that his sex life was being affected by his blood pressure, and we agreed on medication which would be effective without a side-effect risk on his love-making. Another example is of a 72 year old woman with terminal pancreatic cancer, whose family were keen for her to have palliative chemotherapy to give her the chance of an extra few months of life. She, however, wanted her remaining weeks to be without the likely chemo-effects of nausea and loss of appetite, as she was looking forward to spending her remaining time with friends and family over morning teas. We agreed on her ‘therapeutic’ approach. 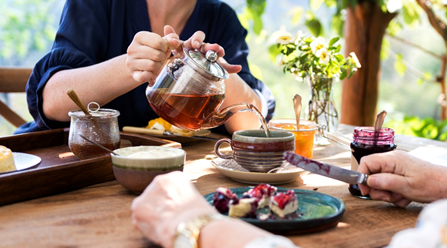