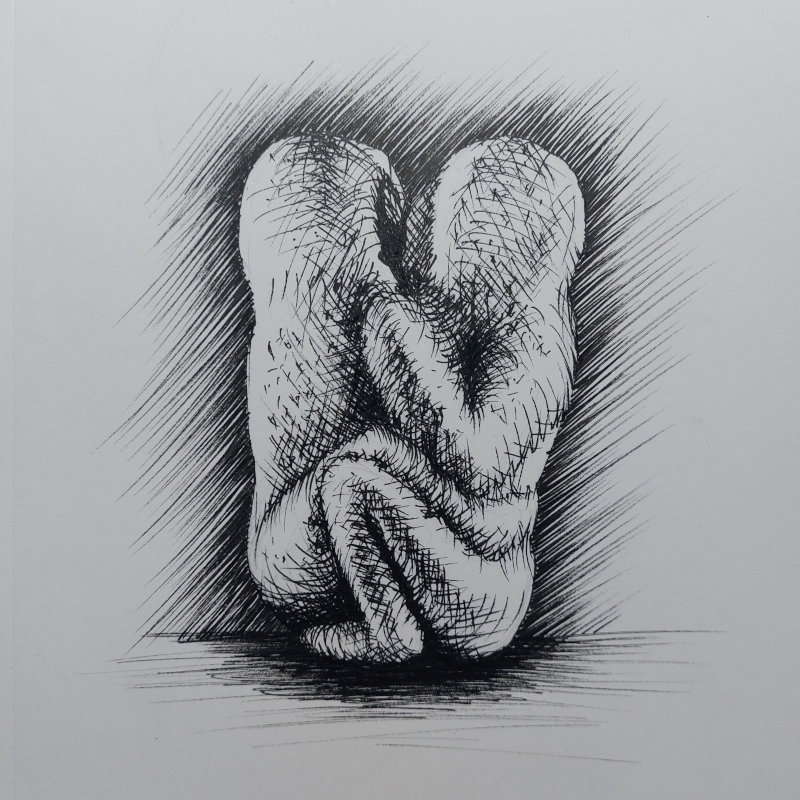 I am excited to announce the approaching release of my historical fiction novel, Today In Paradise.

Well-researched and imaginatively written historical fiction is a favourite genre of mine, and the challenging aspiration of creating and curating my own contribution has proven to be wonderfully inspiring, arresting, moving and rewarding over the past six years.

The manuscript is now in the hands of a publisher, as the gifted artist, Duane Moyle brings his talents to the project, creating images, designs and maps which will elevate and add to the revelation of the story's text. A hint of Duane's draft artwork for Today in Paradise features on this page.

Here is a brief synopsis of the novel: 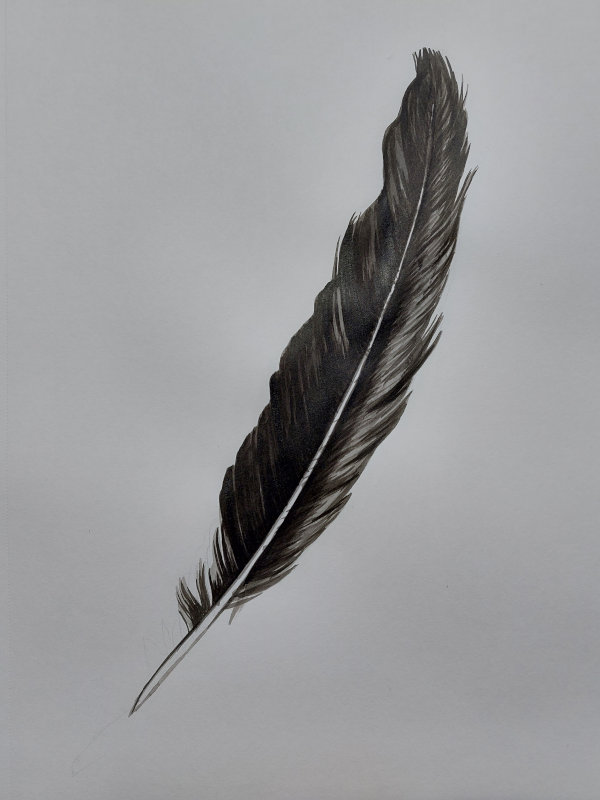 Today In Paradise is a fictional story which presents an historical view of Jesus and his cultural context which is raw, confronting and inspiring through themes of youthful rebellion, mental distress, the place of sabbath, sexual identity, fidelity, and, centrally, a revolutionary view of the role of women in ancient middle eastern society, framed in an ancient literary style of inverted parallelism.

Fans of well-researched historical fiction with confronting characters and themes are the target audience of Today in Paradise. This book will appeal to adult readers seeking to understand the socio-cultural and religious tensions and motivations of ancient Palestine. Those readers whose Christian, Jewish, and Secular worldviews are open to imaginative discovery will be stimulated by this book.

My dedication and a short excerpt below give a taste of the book. At this stage, the publication and production process is on a timeline for release in 2023. Updates will be provided here as the journey nears its destination, and pre-order information will be provided. 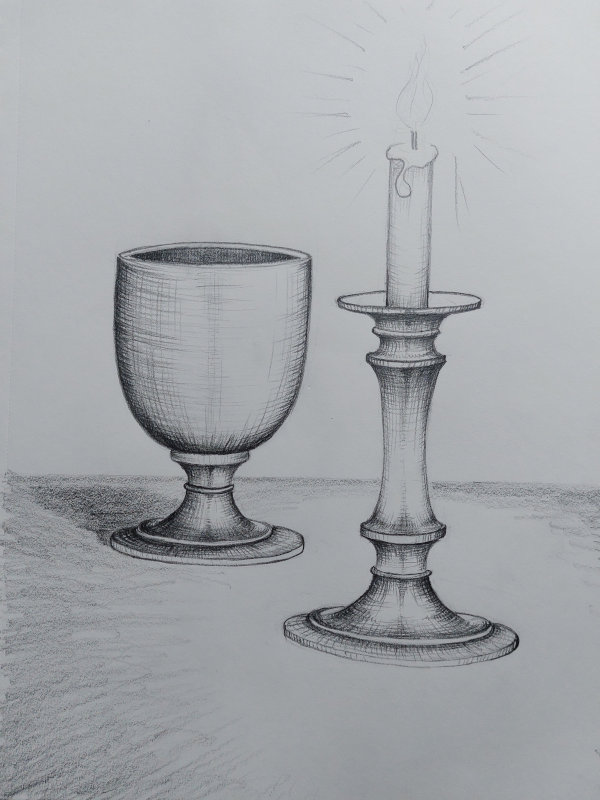 A central part of my research and writing of Today In Paradise was to be attending Shabbat service in the Wellington Synagogue, on invitation from the leaders of that Jewish community. This was arranged for Friday, March 15th 2019, the same day as the mass terrorist shootings at Al Noor Mosque and Linwood Islamic Centre in Christchurch, New Zealand. Reverend Ayling and I stood outside the synagogue as sabbath began, to be greeted by two of the synagogue’s leaders. With darting eyes, creased with concern, they looked up and down the street as they told us that Shabbat service was cancelled, and invited us instead to join the Jewish community as they met with their Muslim brothers and sisters in solidarity and expressions of grief and support at the Wellington Mosque.

Today in Paradise is a story of human values which transcend borders – geographical, religious, gender and social. This book is dedicated to those killed and the survivors of March 15th 2019, the Muslim and other communities seeking change, who led us in New Zealand and then globally, to grow up and embrace each other with compassion. 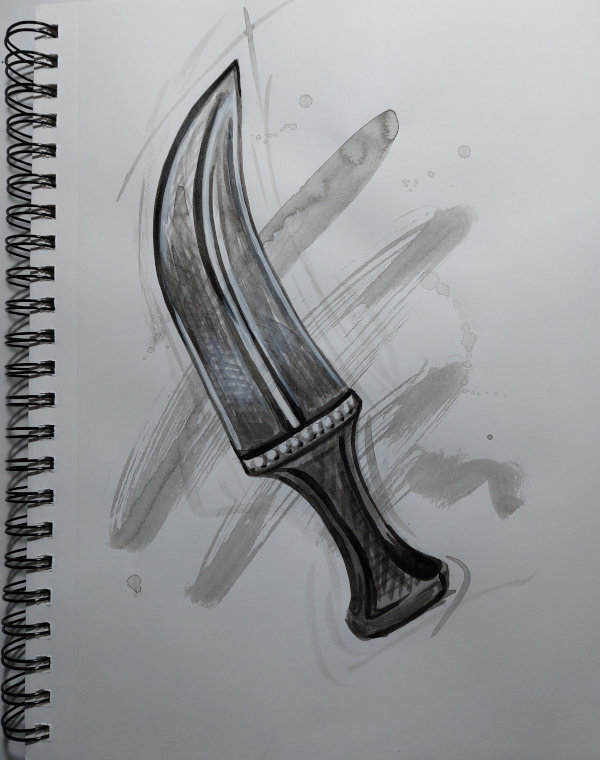 Judah climbed the rope and wood ladder from a ferry boat to the towering hulk of a Syrian transport galleon, ready to depart for the Iberian coast. His feet slipped on the damp and algae covered rungs, uneasy and unfamiliar in the ceaseless motion of the sea.

It would have been easier to board whilst the vessel was secured to the wharf, but the queue of ships waiting to unload, and the expensive docking costs levied by Caesarea’s maritime authority, resulted in the galleon hastily retreating to anchor offshore once the black Nubian slaves had rolled the last heavy barrels of wine, honey and oil up the ramp. Securing the cargo of barrels, baskets of coconuts and bins of Judean olives into the hold could be done without being tied to the horn-cleats of the coast’s most expensive port.

The captain, who Moushhe had previously dealt with in his own home ports, explained to his compatriot and the Jew that the costs of building Caesarea’s fine port were beyond his imagining, and had to be recovered through taxes and port fees. But he, however, was commissioned with keeping profits on board his ship and not in the coffers of Rome’s prefect. Passengers could be loaded up the ladders at no cost as the ship strained at its anchor, eager to set sail, while the slaves lashed valuable merchandise in the darkness of the cargo hold. 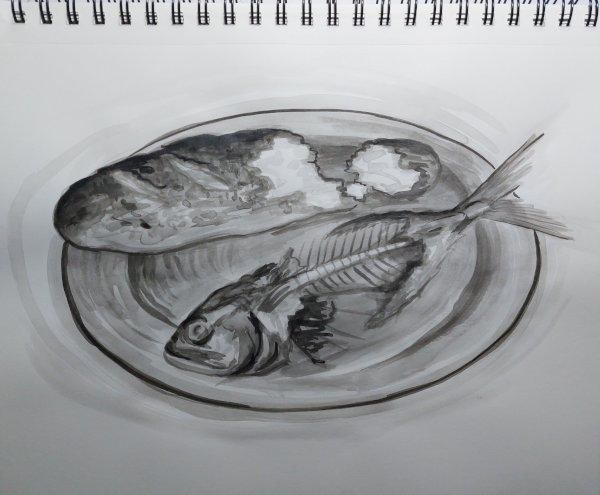 Moushhe purchased part-passage, with the remaining journey to be paid for by Judah’s labour on board, once he had proven himself able to learn. Moushhe also gifted Judah his leather satchel, containing a change of clothing, a small purse of silver shekels, Judah’s short dagger, also a gift from Moushhe, and space for Judah’s box of treasure.

Judah offered to return the goblet to Moushhe, as a token of the end of his patronage. However, Moushhe declined, “You shall remain my client, and I your patron, from wherever your journeys take you.” He winked and, with an uneven rise of his moustache, added, “It is time my business expanded across the seas, and you shall be my envoy!”

The last day before Shabbat approached with Judah turned to the west, for Moushhe could no longer be seen on the shore. Warmth mingled with briny spray as the sails cracked open to the wind and the last of the sun’s rays beckoned. Wailing gulls chased the departing ship and Judah closed his eyes against the salty sting, allowing rose-tinged light probing through his lids to chase away his gloom with the promise of new possibilities.