“Story-telling reveals meaning without committing the error of defining it…it brings about consent and reconciliation with things as they really are.”

Hannah Arendt (German Jew, holocaust survivor, refugee, philosopher and political theorist) considered that the hope for humanity lay not in facts but in imaginations and story-telling.

I am frequently delighted by the surprise and revelation that comes from giving time and space for someone to tell their story. Like a mist clearing from the surface of a sparkling sea with the encouraging nudge of a light wind, most people I know have tales, curiously shy and waiting for the elements to allow them release.

I have the privilege and responsibility, as a medical doctor, of spending time with people, often in their most vulnerable and honest places; respecting their privacy and consent, they are my inspiration. 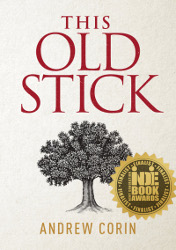 The gathered family members were clearly familiar with silence – the only sound was Jack’s tortured and rasping breathing. In different circumstances, Adrian knew that Jack’s usual bonhomie would have resolved the awkwardness, but now all his failing energy was consumed by the work of trying to coax ephemeral breath into his resistant lungs.

He sensed Jack’s grip slightly tighten and he turned to face the eyes that were wet still. Jack’s hand lifted and opened, trembling but inviting. Adrian clasped it with both his hands and smiled with reflected tears. The grip was so much weaker than the first time, but no less intense.