The power of the mind to exert influence over the body has been well recognised for centuries. How one person experiences pain, or the taste of a red wine, can be very different from another, even though the sensory information is the same.

One of the reasons for this, demonstrated by many scientifically robust experiments and imaging techniques, relates to expectation. What the brain anticipates will be the experience of a sensory input (say a small electric shock or sip of red wine) directly influences what the actual experience is. Thus, if you are expecting to taste a red wine, because it is red, and comes out of a bottle saying it is a Cabernet-merlot, then it is likely to taste of blackcurrant, pepper and spices, even though the experimenter has simply added red colouring to a bottle of Sauvignon Blanc (this experiment was actually performed on wine experts in France, and they got fooled!).

The medical applications of this reality are widespread, and range from the important to the unethical. One of the critical roles of a clinician, in their relationship with their patient, is to engage with them meaningfully to understand the expectations of the patient. If the doctor and patient can agree on a course of treatment, then the health outcomes are likely to be better than if there were unmet expectations and disagreement on therapy.

The placebo effect is well recognised, whereby a pharmacologically neutral substance can achieve a therapeutic benefit, simply because the patient expects or believes it will work. This is not mysterious magic; rather, we know how powerful the brain is in altering the physical, mental and emotional state of a body. Of course, this reality has been exploited by many ‘snake-oil merchants’ over the centuries.

So what relevance does this have for the clinician and their patient? Well, I suggest it is important to have clear expectations from the consultation and to adjust these if needed, seeking to meet them as much as is appropriate. It is also important in the therapeutic process to focus on the positive outcomes and keep the negatives in balance, but in the background. Someone who says “I always get nausea when I take an antibiotic” is much more likely to suffer nausea than the person who takes the side effect information and puts it in their bag, looking forward instead to feeling better in a couple of days. My New Zealand colleague, Professor Keith Petrie, explores this 'nocebo effect' more fully. 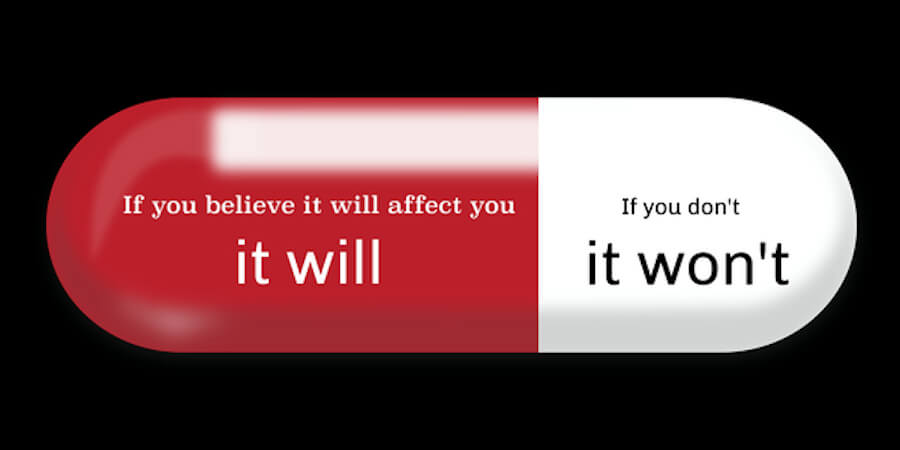 A broader discussion of the clinical implications of this appears in an essay I wrote: Corin, A. Mind over matter – implications for general practice. J Prim Health Care 2009;1 (1): 77-79.

I am a clinical researcher, and a critical component of many clinical trials is to compare the agent being tested against a placebo, to determine if there is a significant difference. If there is a positive benefit, but not statistically different from the placebo group, then the new agent is rejected. However, this is now being challenged. Why not consider how the placebo has actually performed and why it is offering a benefit? The placebo treatment is now being considered, at least in modern, evidence-based medicine, as a potentially powerful tool which has been overlooked to date. Professor Ted Kaptchuk of Harvard Medical School leads a department exploring the ethical application of the placebo effect. His team are challenging the traditional notion that, for placebos to be effective, the patient has to be tricked into thinking they will work.

I am excited that serious attention is being directed into harnessing the power of the mind, in an ethically robust and evidence-based way, to offer improved health outcomes for patients, and more acceptable therapies for clinicians.